First of all, those who know me know that I regularly promise more social media output than I can actually deliver. However, with the Computers and Writing 2010 conference over, I can now return to idle pursuits.

This one is kind of a cheat, since I saw Sherlock Holmes (2009) on the big screen when it came out, but I just recently Redboxed it on a whim (and because my wife is obsessed with all things Robert Downey Jr.). I was reasonably pleased on my first viewing, but Oh, how I found the opportunity to sour…

Let me start with my hatred for detective pieces. Usually, to the attentive reader/listener/viewer, the case is solved in the first or second act, or at least the most likely suspect is identified, and then, in increasingly common instances, replaced by the second or third least likely villain in the final act. Most of the time, I turn off any brain functions that try to puzzle out the story in an attempt to actually enjoy something in my life without analyzing it to the grave. I do this frequently with music, although some inane tripe is beyond any effort.

Few people know that Edgar Allan Poe popularized or (perhaps, and this is a big perhaps) invented detective fiction for U.S. audiences, an example being “Murders in the Rue Morgue” which you can watch, if you love stupid television movies and men in ape suits: repeat…stupid.

However, serialized accounts of grizzly murders were commonplace prior to Poe, in the form of “penny dreadfuls”: lightly fictionalized accounts of actual crimes (and the subsequent investigations) written for young men who could scarcely afford the asking price, introduced to me by Dr. Cameron at DePaul (who rocks–no website available).

By the time of Sir A. C. Dizzoyle (as I like to call him), public demand for tales of maniacal, outcast urban knife wielders/poisoners/pistol-dischargers was at a peak. The rising problem of urban migration, poverty-related crime, and “moral corruption problems” of the late Victorian era (fin de siecle for snobs)/early 20th century also called for a super detective of sorts who could maintain the social reformation spirit and enhance the perception that a vigilante intellectual could, if not protect people, hold the killer who shot you in the back responsible via burgeoning forensic evidence, and send that asshole to the gallows.

Then we get Sherlock Holmes (2009), which automatically elicits memories of Wild Wild West (tWWW) for me. The problem with period action pieces, in my uneducated and unsupported Andy Rooney style opinion, is that jamming a bunch of futuristic technology (SPOILER ALERT) like chemical weapons and remote control devices into a movie provides a popcorn-kernel-under-the-gum type distraction for those of us trying to deactivate the critical lobe of the brain: you can’t stop thinking about it and trying to resolve it despite your best efforts. I would give an example from tWWW, but I long ago underwent an experimental procedure to remove any memory of that god awful movie from my brain, along with Godzilla (1998).

Apart from the foolishness of anachronistic technology, the film is actually enjoyable. Downey Jr., as an aging action hero, need not pull a Sean Connery, Harrison Ford, or Danny Glover move (“I’m too old for this shit”) until his glistening, ripped body is no longer able to be supported by CGI and makeup effects. British accents: on a scale of believable cockney to me saying “fish un chips, govenaahhhhh” are actually somewhat believable. Rachel McAdams sounds stupid, but that has nothing to do with accents: this is just her normal delivery. Watson comes across a little to un-emasculated, but I doubt Jude Law, nor his audiences, would appreciate him as a bookwormish recorder of deeds. He turns out to be a still potent Crimean War (?) veteran who can shoot shit up and sword fight.

I enjoyed the plot, despite it’s predictability and sequel set up. I have to say, I don’t really mind the sequel setup when I may possibly enjoy the sequel. Despite critical semi-love and my neurotic deconstruction of the detective genre, I have to say that this film is a:

Up Next Week: A YouTube available movie (or two), “The Taming of The Shrew” by Mr. Shakespeare, and possibly Crime and Punishment if I can get through it by then… 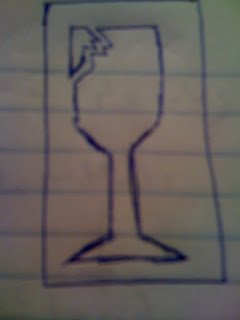 Many of the movies I’ll be reviewing this summer will be from IFC, which I believe is possibly one of the best channels ever, and is partially the reason I live with the inadequacies of Comcast.

Those of you who are educators might have encountered fabricated writings, and felt the anger associated with such. Others may have read a fabricated memoir, or at least watched a reality show which you later found out was fabricated (all of them).

I am no journalist, and, as you can see from this blog, never will be. However, I have always been intrigued with the idea of journalistic integrity as a kind of code of honor, never to be betrayed under any circumstances. The classic idea of journalism being seldom rewarded hard work, long hours, and the occasional, improbable rendezvous with a high-profile insider or whistle blower has always been something that I’ll enjoy without reservation in a movie.

Shattered Glass is no exception to that, but for one problem: Hayden Christensen. Something about his line delivery just ruins it for me. Okay, I get it, he’s supposed to be an attention grubbing people-pleaser who uses his knack for noticing finite details to fabricate his stories, but must he deliver every line with a whiny, adolescent inflection? Apparently, yes.

Luckily, his performance is balanced out by the editor types of Perter Sarsgaard and Hank Azaria. Azaria comes across perfectly as the much beloved father figure holding the writing staff of The New Republic magazine together, while other actors just kind of flatline in the movie. Early tension (which looks like plot driving filler until the pieces come together in the end) revolves around the domineering owner of the magazine overworking the writers and the resulting staff shake up. Sarsgaard, who comes out on top of the whole mess, gets much better as the movie goes on, and his transformation in the movie is probably the best thing I can recommend about the film.

A big source of tension which I suppose is meant to heighten the eventual revelation of Stephen Glass’ fabrications is the prestige of the magazine, with characters mentioning more than once that it is the “In-Flight Magazine of Air Force One.” It didn’t do much for me, however, as I’ve never been on Air Force One. Perhaps a sample of an article that actually influenced national policy decisions would have been useful instead of constantly hinting at it. Maybe the writers felt we were too dumb, who can say?

Another lost opportunity was the the print v. internet journalism tension, which was completely lost in a post-paper journalism era. This movie had the chance to create a really cool cultural artifact, and while the discussions about early 2000’s technology were pretty good, they only elicited a vague sense of nostalgia for things like AOL Member Pages and the once dominant Yahoo! search engine as opposed to documenting a boiling point in the news industry. I wish I had watched this seven years ago when it came out, so I will rate it: 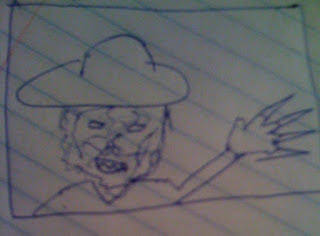 Those of you who know me (which, presumably, is anyone reading this right now) will know that I am lukewarm on horror films. When I saw The Ring (2002) in college, I couldn’t really sleep for three nights, and even afterward I was haunted by a parade of disturbing imagery, this being a really tame example. As such, I pretty much stayed away from horror movies for a long time.

Enter my wife who, in an excellent example of situational irony, had the same reaction to The Ring, but the exact opposite response: she loves horror films, always did, and loves watching them with me. As part of her birthday party, we were supposed to go see A Nightmare on Elm Street, but spurred by an overwhelming majority of hockey lovers (including my wife), we ended up watching the Blackhawks get destroyed by Vancouver in the first game of that series (I think we know how that turned out). But enough back story.

So here we go, two weeks later, in theaters, A Nightmare on Elm Street, a movie that this is to be the film series opener, redux and refreshed (i.e. with cell phones and the internet), in the vein of recent remakes of Halloween, James Bond, Batman, The Karate Kid, etc. etc. etc.

I understand the theory behind a remake, in that it updates the movie for a new generation of ticket buyers, er, I mean, “movie goers.” For those of us old enough to have watched the original, or rented the VHS of the original from the now dead local film rental store, the danger is that there will not be enough new material to interest a repeat viewer. If you have seen the remakes of The Omen, or The Manchurian Candidate, or really any recent remake, you know what I mean.

The other danger that series-opener remakes must contend with is the pointless repetition of elements which are smartly condensed or re-purposed in sequels to the original.

There are a few basic premises behind every NMoES movie: 1) The Threat: A pedophile is burned to death by angry townsfolk and returns to take his revenge on the children where the parents can’t protect them…IN THEIR DREAMS, HA HA AHAHAH; 2) Despite said threat, no adult believes it when it actually happens; 3) Everyone in town is hiding the pedophile BBQ from the children, hoping (paradoxically) that somehow collectively repressing their memories will be better than the children connecting the dots and figuring out some way to deal with the problem, cause children are helpless, and adults know best, so go to your goddamn room, hmph. The solution: somehow get Freddy into our world where his powers are limited, then dispose of him in the goriest way possible.

Not only do we get the agonizing repetition of these concepts, slowly developed over the film’s first hour plus, but also the overacted revelation scenes by the actors portraying female art-student-working-as-a-waitress teen and macho-yet-senstative-Joy Division-T-shirt-wearing-love-interest male teen (actor names not worth mentioning).

Unlike The Ring, this movie has nothing in the way of disturbing imagery, and uses every cliche jump scene that you’ve been watching parodied for the last decade (looking away from a mirror…then back, looking through a parted closet shutter slat/window blind…then having the killer right beside you!). Freddy (Jackie Earle Haley), now a huge hard ass take-no-prisoners type, has been robbed of the smarmyness and camp coined by Robert Englund in his performances, and is forgettable.

To boot, as my wife pointed out on the car ride home, much of the plot for this movie and even several lines (“Welcome to my world, Bitch”) are stolen directly from Freddy vs. Jason (2003), which I have to say was a far better movie.

Had I known the dreaded Bay was involved prior to the opening credits, I may have steered clear all together, but I watched it, and committed to starting my reviews yesterday, so I must reluctantly rate my first summer movie:

Follow up: “I’m glad someone finally chopped his hand off…that’s all you really need to do” -my wife

Up Next: Shattered Glass starring that whiny dude from Star Wars eps. Two and Three.