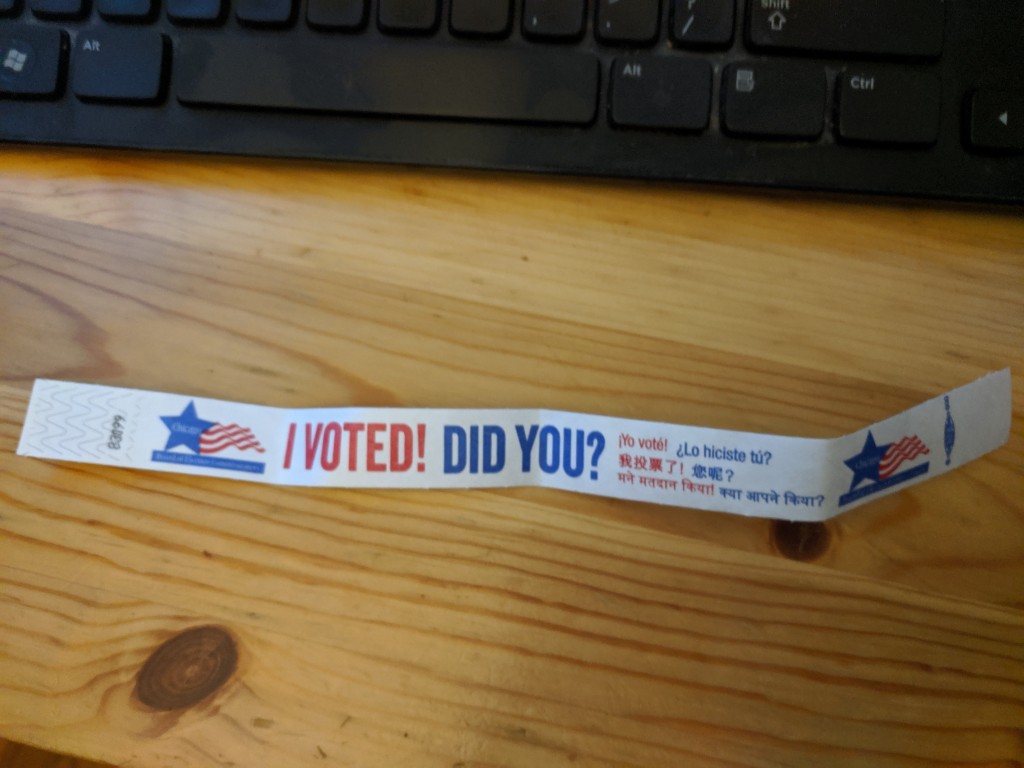 My wife and I voted by mail for the first time today. It was painless. All I had to do was request our ballots, and they arrived in the mail a few days later. They even included the little wristband they give you when you vote in person (a nice touch by the board of elections). We filled them out tonight and I walked them over to the mailbox. Done.

Like many things (however soon it may be to lament such things), I missed the act of going to the polling place at the park district. Many times, a local charity will have a bake sale on election day, which is something folksy that reminds me of my first vote. There’s plenty of kids at the park too, and it gives me a sense of renewal in our democracy.

The first time I “voted” was when my mom took me, as a child, to our little town’s only polling place: the village hall. My ballot was of the old variety, where you literally punched a chad out of a card with a stylus. I believe I voted for Abraham Lincoln on the sample ballot they used to give the kiddos.

Anyway, my decision to vote by mail was probably the only prescient thing I have done since this whole thing began. If only my clairvoyance extended to pre-ordering toilet paper.