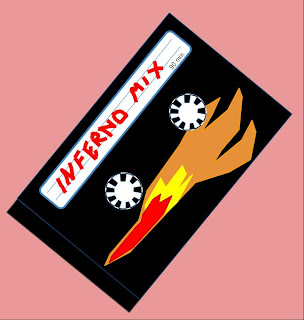 The House of the Devil was promoted big time last year as the horror film to see. I heard comparisons to Eli Roth’s Cabin Fever (2002) which I saw in theaters as a junior in college, and is possibly one of my favorite films of all time. I have to say, this film cashes in on the current (or, perhaps, ongoing for the last six to eight years) zeitgeist of 1980’s nostalgia. I buy into that fad a lot, despite being, as my wife continually reminds me, too young to really remember most of the 80’s. I was born in 1982, but I had two older brothers who were teenagers when I was a child, so I was probably exposed to more Def Leppard and die cast Ferrari models/A-Team episodes than the average 1980’s child.

THotD takes place on a wintry college campus which looks eerily deserted, and for land grant university alums the opening scene where the protagonist babysitter, Samantha (Jocelin Donahue) drops a paper in an office mailbox will immediately evoke memories of turning in your last paper just before Christmas break. Samantha lives with a roommate that is much more concerned with some gym sock on the doorknob action with random dudes than washing any of her clothes or taking down messages, so she is hoping to find $300 quickly for her deposit on a new study pad free of roommate aggravation. Against the wishes of her best friend, she signs up for an odd type of babysitting gig for a creepy old man in the middle of nowhere. Sound hackneyed? It is. But the director, Ti West, is aware of this from the beginning and the tongue-in-cheek factor is off the charts. It’s not a reductive, play with the horror movie conventions in a meta way film like Wes Craven’s Scream (1996) for instance, but more like a carefully crafted tribute to the great B movies you rented from Dollar Video on Friday nights. I was hooked from the title scene of the movie, a freeze-frame, up-angle shot of Samantha with a smile on her face and ominous yellow title text in a typeface that looks like it was salvaged from a Vincent Price adaptation of a Poe story. Perfect.

Every detail of the film was carefully crafted to place you in the time period, while at once making you conscious that you are indulging in some period nostalgia along the way. The film is singular in execution, and definitely rates among the best that I have seen all summer. I’ll say no more about the plot and twists, but the film is far more entertaining than you would imagine from the first twenty or thirty minutes.

Update: I read a great piece on this film in Scott Tobias’ “New Cult Cannon” which talks (with much more filmy expertise) on some of the conventions that Ti West is playing with in the film and the idea of nostalgia versus careful technique in crafting suspense in horror films.