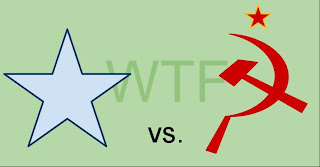 You know you’re a dork when you’re trying to explain to your wife on the car ride home why a new element couldn’t possibly be represented by the holographic projection that Tony Stark is viewing in his laboratory in Iron Man 2. But this revelation is no surprise to anyone reading this.

Despite it’s numerous scientific flaws, which admittedly one must overlook in order to enjoy a movie about a dude that flies around in an impenetrable suit and has a futuristic battery in his chest, IM2 falls short on so many aesthetic levels, which I will list here.

One: The film is a star delivery system. The screenplay fails to provide adequate lines and backstory for most of the characters played by major Hollywood actors. I still don’t understand why the hell Samuel L. Jackson was in this film.

Two: Apart from special effects wizardry, the cool technology developments are largely unexplained. Tony Stark erecting what looks to be a particle collider that shoots an energy stream out of a hole in the side that hits what looks to be a miniature middle school band triangle does not explain how he develops a new element. I love cheezy comic book science, but I like it to have some kind of connection with the plot, which was too much to ask in this film.

Three: Why is the role of “Rhodey” played by Don Cheadle instead of Terrence Howard? Think we wouldn’t notice?? Just like Matrix two, eh?? Wrong, my friend.

Four: Hey writers (this includes you, Stan Lee), the Cold War ended a while ago. Hence, the forced Russo-American arms race tensions seem a bit outdated. Is this a Tom Clancy novel?

This is the point where I would expand on the plot, but there isn’t really much to say. Stark (Downey Jr.) predicts that he alone will maintain “the peace” (even though we see nothing in the way of global peace initiatives or Iron Man’s hand in monitoring global peace–was there a war to begin with?), and then foolishly betrays the world’s trust by getting hammered at his birthday party in the Iron Man suit, which is probably one of the funniest scenes in the film. It all sounds very colonial, seeing as it’s once again the mighty U.S. alone (and a playboy millionaire at that) who will force the world’s haters into submission. This movie really only works if you suppress the urge to think about why anything is happening.

An 80’s style Soviet Cold War scientist emerges to avenge himself against the west for ruining his father’s dreams of becoming a bourgeois fat cat. One of the best lines: “after he was deported, he spent the next 20 years in Siberia in a vodka fueled rage.” Sweet. Way to flatten out the characters into razor thin caricatures.

I guess what sold me on the original Iron Man is that Stark undergoes an exercise in humility where he is forced to use raw talent and guile to outwit his opponents, and then reflect on the monster he created through his involvement in the military-industrial complex. It’s spelled out in huge letters, but the film has a point. This movie is Stark’s character delivering one idiotic one liner after another, and Downey Jr. brings a halfhearted performance. In part, the timing of this film may be off; I doubt there are too many people who care to watch the personal life problems of a billionaire playboy lamenting over his having to assume responsibility for the mess he created through his self-righteous arrogance.

4/10: He should really be called “Synthetic-Alloy-Wisecracking Man” in my opinion