Finding free copies of PBS documentaries, especially the crown jewels of their pledge drive monarchy, is like searching for a needle in a computer virus filled haystack. 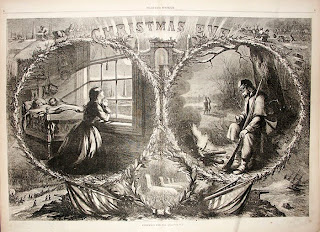 Hence, when The Civil War aired in it’s entirety over the last week, I fired up my TiVo and prepared to journey back to the time when documentary filmmaking was not for the masses, but for hypernerds and PBS tote-bag-sporting intellectuals.

Documentaries are as old as film, but we live in an era when documentaries enjoy commercial success on par with other major studio releases [citation needed]. Ken Burns was a rock star in the 1990’s, only he had worse hair and played his shows over several multi-hour parts in the early evening, on public television, with sepia colored photographs and somber piano music.

The Civil War is a daunting proposition to most documentary lovers because of the length and the fact that it was originally conceived of and aired as a television mini-series. The subject matter, as I was discussing with a colleague the other day, is probably easier to swallow than some other Ken Burns fare: Jazz (2001), Baseball (1994), and the almost disturbingly boring sounding The National Parks: America’s Best Idea (2009).

Before I get down to discussing this film, let me talk a bit about what I like about Ken Burns. The man does not give anything a half-assed treatment. Case in point, The Vietnam War, his next project, is not scheduled for release until 2016. In an age where we are patronized by filmmakers telling us that we will learn what we need to know about any given topic in a lean 100 min. film that glosses over debates with 60 second sound bytes and was conceived of and produced in two years, Burns sets the gold standard for complete coverage of a topic: tell the whole story in the time it takes.

Burns’ style is now iconic: those of you owning a Mac will recognize the Ken Burns effect in Garage Band, where a partial of a photo is shown and the view gradually pans to the center or focal point (imagine looking at someone’s feet in a photo for a hard three seconds, and the view panning upwards to their face and resting for another three seconds). I’d imagine this technique is very useful for creating time for narration voiceover; hence, a short anecdote can be read in total whilst the metaphorical camera pans across the photo. 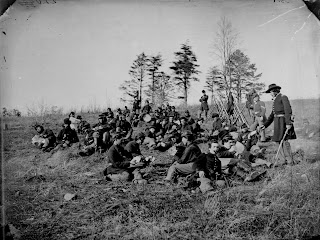 As a documentary, the film showcases the stunning photographs (and daguerreotypes/other photo precursors) that survived the civil war era largely by luck. After the war was over and the still culturally and racially fractured populace struggled to recover from the collective trauma, many photos were discarded or destroyed out of a desire to forget the war. A famous anecdote recalls finding glass photographic plates as replacement windowpanes in a country greenhouse.

Narration comes from an impressive cast of talented voice actors, including Morgan Freeman (as Frederick Douglass), (begrudgingly) Garrison Keeler, Jeremy Irons, and Sam Waterston (as Abraham Lincoln), who would go on to act in and solidify his role as the quintessential lawyer in the critically acclaimed series I’ll Fly Away.

The film is largely a compilation of quotations from an impressive range of sources with occasional interviews with historians, the most prominent being the authoritative historian on the topic, the late Shelby Foote.

Next time I’ll address some of the film’s greatest moments and a few issues I have.