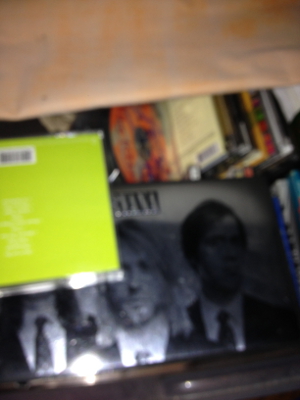 Well, I’ve kind of hit the wall with movie reviews as I’ve not been to a new film in theaters since Star Trek earlier this year.

In the meantime, I’ve been thinking a lot about history and graphic novels. I’ve been slowly slogging through Kuznick and Stone’s Untold History (2013) and I’ve been gearing up for my upcoming return to teaching after a yearlong hiatus by tackling Alison Bechdel’s graphic memoir Fun Home (2006) and Kyle Baker’s Nat Turner (2008). But I’m not really interested in writing about any of that right now.

Last year I did two major things in terms of music:

I made it my goal to listen to one new album per week in 2012 and, for the most part, I succeeded and came up with a respectable list of some solid new albums. However, this year due to various work and personal obligations, I fell behind early and never really caught up on my new music listening.

As I also turned 30 recently (and will soon be [shudder] 31), I thought it might be fitting to look back at the music I loved in my middle/high school, college, and early graduate years and see what I think about it now. I did a little bit of this when albums of my youth were rereleased in 20th anniversary editions, but I wanted to up the ante for my blog by structuring my reminiscence.

Marcel Proust I am not, but one major epoch in my music listening life was when my entire collection was stolen in college, and as such I have decided to structure my work around that event.

I’m calling this project #30yearsin30weeks, but the actual time frames are pretty arbitrary. I may give up on this relatively soon depending on how busy I get or how my interests shift. Seeing as I started this blog on a faulty premise, I’m not too concerned if I f**k this one up. Also, while I’m devaluing my own self worth, I’m no music journalist and writing the first entry has taught me just how deficient I am in the vocabulary of rock criticism, so the first twenty or so weeks might be a little rough.

My entry tomorrow will give some background on my music listening history, and then I’ll kick off my reviews.