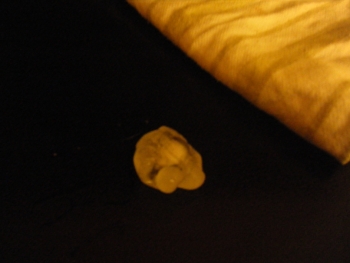 Nicole was watching TV and I was taking a nap in the living room when all of a sudden we heard the loudest thunder clap I have ever heard in my life, followed by what sounded like glass breaking. We both pretty much had a heart attack and the cats ran into the other room and started freaking out. I checked the windows, but nothing looked broken that I could see, so I put on my shoes and grabbed a flashlight to go take a look.

When I got outside, there were people standing around all up and down my street looking for damage. I saw one woman sort of half walking/half running for her life in the calmest way possible. I was only outside for a few minutes looking around when I started to hear something hitting the car roofs and hoods out on the street. At first, the noise was really sporadic and hollow, like if you were throwing rocks at an empty 50 gallon drum. Then I heard the unmistakable sound of a windshield getting hit with something (just like BP in little league).

After realizing what was coming, I started to walk back to the house when the piece of hail in the above picture fell down. I bent over and picked it up, and when I saw the size of it, I started to run. I got hit on the back a few times, but luckily made it inside before the bulk of the storm hit. Nicole opened the door for me and we had to almost shout over the sound of the hail hitting our house. Here are some pictures. 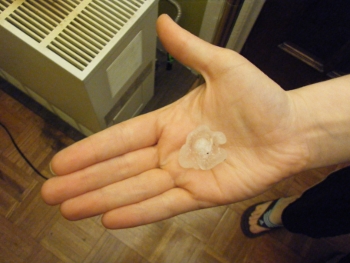 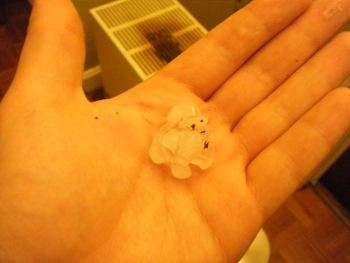 A shot of the gangway that Nicole took. The hail was around golf ball size when it was coming down before the rain: 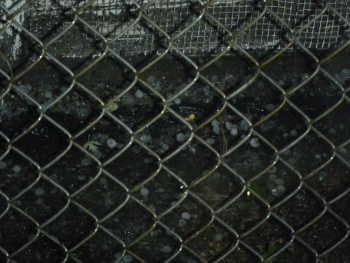