Working on my qualifying exam paper left me way behind in my blog this past week, so I am just catching up with a couple of nuclear disaster films that I watched a couple of weeks ago.

I also decided that I’m changing my rating system to grades instead of numbers since I feel like stars and numbers are a reductive and not very informative way of evaluating the overall quality of a film, not that grades are much better. Maybe I’m just missing handing out letter grades since it’s summer

During a routine press story, Kimberly Wells (Jane Fonda), a reporter and her camera man, Richard Adams (Michael Douglass), witness an accident in a nuclear plant that nearly results in a meltdown. After the crisis is resolved, a nuclear plant control room worker, Jack Godell (Jack Lemon), notices a problem with a piece of machinery in the plant that has been systematically covered up in order to avoid an overhaul of the plant, which would cost the power company millions of dollars. Adams secretly films the crisis from an observation booth, landing Wells in hot water with her bosses who recognize that it’s not only illegal, but pulling Wells away from her career as a Veronica Corningstone-esque soft-news reporter. Godell eventually decides to go public with the information, but this angers the power plant officials (as you might expect).

This film addresses a lot of late 70’s/early 80’s sexist, capitalist, and ethics themes. It’s hilarious to see Douglass, who played an ardent capitalist in some of his most memorable roles (the Wall Street films and The Game) as a bearded anti-nuclear advocate. Fonda is objectified by almost everyone around her, including Douglass who slaps her on the backside at one point (perhaps suggesting an on screen romantic relationship, but not one that is ever referenced elsewhere in the film). Her bosses and even her coworkers lay the sexism on pretty thick, which is one concern I had with this film. There’s not a lot of subtlety or complexity to the characters: the nuclear plant board members hold meetings in a high rise boardroom complete with crystal chandeliers, cigars, and brown liquor in crystal glasses; Godell looks like he’s right out of NASA’s flight control room, complete with Gene Kranz’s sweater vest; Wilford Brimley’s control room character actually says “I’m a company man.”

However, I think the lack of character complexity plays to this film’s charms. Everyone in it is driven by their profession and everyone’s code of ethics and responsibilities converge in the final scenes of the film, which are tense and emotional. Plus, there’s Wilfold Brimley. 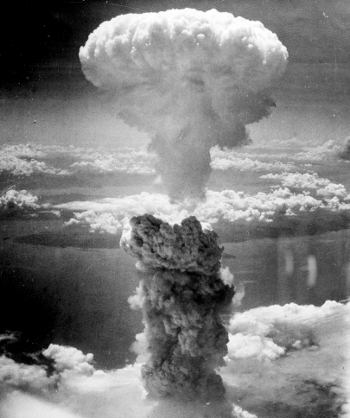 In 1983 when this film was released, tensions in Eastern Europe were high and nuclear weapons proliferation was unchecked. Ronald Reagan was discussing putting nuclear deterrent measures in orbit (Star Wars), and the Soviets were developing an anti-ballistic missile shield around Moscow.

I just read an article about how Hollywood directors are all secretly pushing a liberal agenda, and this film and director were referenced by name (in my opinion, kind of junk reporting). Political bias in media is a hard nut to crack. Many people argue that we live in a liberally biased media environment, and conservatives must be audacious to be heard and understood. I argue that metrics are not yet in place to measure such a bias (I recently finished a pilot study on spoken word media bias in May that I hope to develop into a conference paper). The article that I read on Yahoo news references some high profile Hollywood directors and producers, but is a totally inappropriate sample size given the several decades of liberal entertainment bias that the documentary film in the article is striving to document. It’s no secret that many in Hollywood wear their liberal views on their sleeve, but I doubt that Hollywood producers whose primary goal is movie ticket sales are interested in secretly promoting a liberal agenda in a country where just under 50% of the voting populace votes for a Republican presidential candidate.

All political bias aside, The Day After rarely prosthelitizes 1980’s liberal viewpoints. Except for the role of Jason Robards as a late-middle age heart surgeon who calls nuclear escalation “crazy,” there are no grandstanding speeches or subtle political subtexts that I could detect (except perhaps that nuclear weapons kill people and destroy civilization, which seems more logical than partisan). Perhaps this film favors anti-proliferation over nuclear deterrence, but what would the counter-film be: a picture of the status quo forever? Isn’t that what deterrence provides? It’s hard to image a pro-deterrence film, except a film telling the horror story of a U.S. that relinquishes all nuclear weapons.

In my opinion, after viewing this film, you could make a strong critique of liberal views as well (especially the idea that the University and centers of higher education will hold all the answers in the event of a crisis, which they clearly don’t in this film). If there is any takeaway from this film it’s that nuclear war is a devastating specter (dare I errh, say, swaard of Dahmocleese) whose shadow remains up to the present day. Thankfully, two decades ago President Reagan took the first steps toward non-proliferation. Whether or not the interpretation of his diary is correct and the private screening of this film for him served as a catalyst for his role in nuclear arms reduction talks, we should not discredit the film’s content based on the opinions of the filmmaker. Anyone who does so is missing the true point of art: the reader makes the meaning and carries the spirit of the art into the world, and the author’s intention is not nearly as important as the impact on the reader.

Other flotsam I bumped into this week
Deep Impact (1998): With a cast this star studded (Morgan Freeman and Robert Duvall got second billing on the TiVo guide), it’s hard to image such a cacophonous, bloated clunker of a film. It tries to be four films in one (teen coming of age story, gritty political reporter drama, Armageddon, and lastly a PSA on how to handle the complete destruction of the planet).